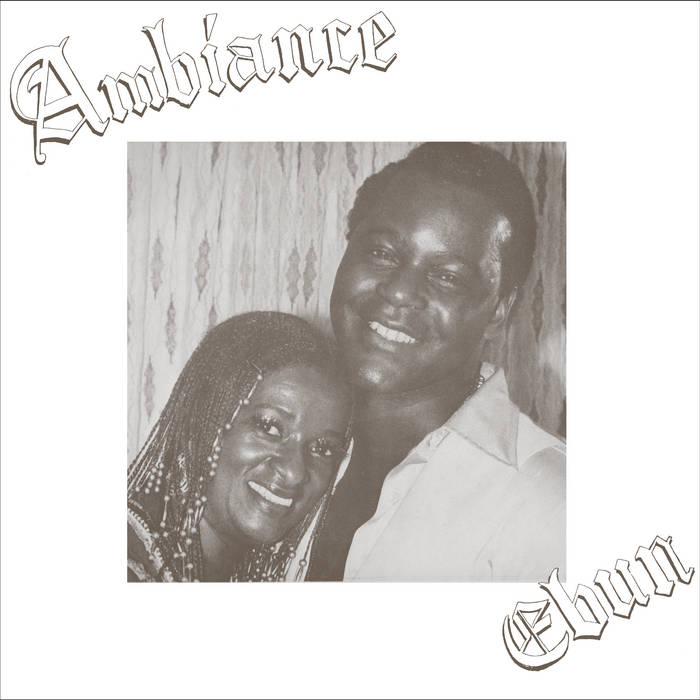 Amazing private spiritual jazz-funk/fusion LP, now hard to find. Finally available again, fully licensed and remastered, with original artwork. This album is magnificent in its entirety, no fillers. Some of the best fusion on record!

A soulful gem from reedman Daoud Abubakar Balewa – head of the Ambiance Fusion Ensemble, who cut a few really great albums back in the day! This set is definitely one of them – and it's got a unique approach that's rooted in spiritual jazz, but delivered with some fusion touches too – guitar, keyboards, and electric bass giving some of the tunes a bit of a groove – a bit like that shift that Oneness Of Juju made in the late 70s too! There's a really great female singer on a few tracks – who has this vibe that's a bit like Jean Carn singing on an early Doug Carn record, or maybe like female vocals on some of the Roy Ayers albums for Polydor – and the whole album is as soulful as it is groovy, with some nice cosmic touches throughout. Titles include a killer version of Walter Bishop's "Turnaround", plus the original numbers "Ebun", "Camouflage", "After June", "OFC", and "Bossa Monife". (Dustygroove.com)."

« Influenced by the modal jazz of John Coltrane, Pharoah Sanders, McCoy Tyner and Rahsaan Roland Kirk, Ambiance was an excellent but little known post-bop group that was active in Los Angeles in the late 1970s and early 1980s. Ambiance reflected the spiritual outlook of its founder and leader Daoud Abubakar Balewa, a saxophonist/flutist/clarinettist who also played African and Latin percussion and was heavily influenced by world music » (Allmusic.com).